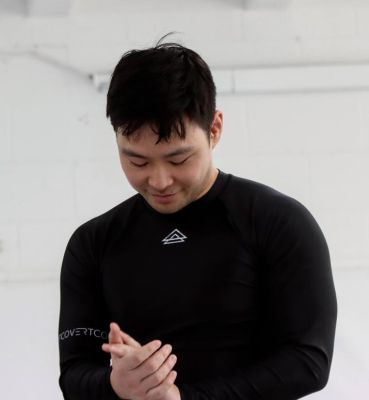 Yoshi began his jiu jitsu journey in 2011 at Tu Kaha BJJ under Pedro Fernandes, under who he has received all his belts.

Having started as a severely underweight adult with years of physical inactivity, he found jiu jitsu to be an incredibly difficult and unintuitive skill to learn. However it was due to this background that he developed an analytical and conceptual approach to understanding jiu jitsu, which also developed his interest in coaching others.

Upon his promotion to purple belt in 2016, his coach recognised his interest and ability in coaching with a dedicated adult class slot to teach at Tu kaha HQ. His "Friday Night Sessions" were a popular class that demonstrated his unique and unconventional approaches to coaching.

In 2021, a decade after he nervously attended his first jiu jitsu class, he partnered with his close friend Clinton and wife Kristin to co-found DAREDEVIL, a dedicated jiu jitsu gym.

Having experienced firsthand the transformative effects that jiu jitsu can have on body and mind, Yoshi is a passionate advocate of the art, and believes wholeheartedly that "jiu jitsu is for everyone".