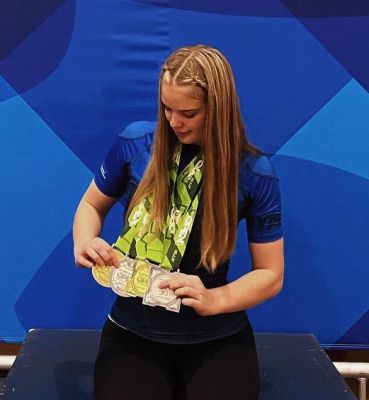 Aurora has been training jiu jitsu since the age of 9 under the guidance of her father Clinton and the coaches at Tu Kaha Jiu Jitsu.

She began her coaching duties in 2017 as an assistant coach for the Minis class. Within a year, she was entrusted to take full control over the class, where she remains a very popular coach.

An avid and decorated international competitor, Aurora often enters into adult divisions where she has performed admirably. Aurora is always working hard, with a goal to become a World Champion.